​This article presents the methodology of mooring analysis for accommodation barge,crane barge, offshore support barges in a given water depth.

A floating ship/barge held on location with mooring system, When wind, current and waves act on the vessel, the total environmental force (F) pushes the vessel a distance (x) away from its initial position over the hole. The vessel comes to an equilibrium position when the mooring develops a net restoring force equal to the steady-state environmental force.

Wind, waves, and current induce movement of the vessel away from the target location and increase the tension in the windward mooring lines while decreasing tension in the leeward lines. Each mooring should be analyzed to ensure that developed tension (Tmax) does not exceed the maximum safe working load and that the load placed on the anchor (Amax) does not exceed its holding power. The holding power of an anchor is significantly reduced when the anchor is subjected to a vertical load. To completely avoid vertical loads, the length of mooring line outboard of the fairlead must be long enough to allow the line to remain tangent to the sea bottom at the anchor during periods of the highest expected line tensions. Also, the vessel movements should be kept within certain limits that can be tolerated by the drilling riser.

A mooring analysis is often performed in conjunction with a riser analysis to determine: 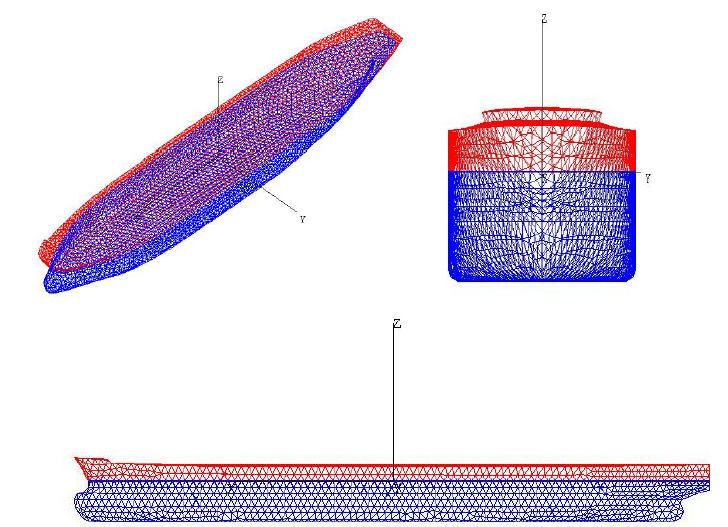 Barge loading condition in moored condition shall be defined approximately and any variation in consumables, deck load etc shall be considered for worst load case scenario.

Wind shielding in accordance with acceptable methods shall be considered as per API RP 2SK guidelines. For API method,The equations presented are convenient for calculating wind and current forces for bow and beam environments.

For the operating position significant wave height range  of that particular month or period shall be used. Each Hs shall be allocated three Tp based on the Noble Denton guidelines. Gamma can be used as 3.3.

The tension in the mooring line shall be higher than horizontal component. For mooring chain laying on the ground, there will be a constant difference in line tension and horizontal component of restoring force. Once the mooring chain gets up from bottom, these two force becomes almost same.
If mooring line stiffness is small, small change in force will produce large changes in position. For this reason, if one wants to stay close to a given position, he makes lines work in pairs. Suppose that we have two of the lines above, but in the opposite direction. Now, by controlling the distance of each to their anchor, we have zero net force on the body but each line has a "pretension". with large pretension in mooring line stiffness increases. The greater the pretension, the stiffer the system becomes. We cannot have such a large pretension that for a small movement, or the line breaks.

the higher the pretension, the less the body will move, but the tendency to break a line is also greater.

excitation forces as described above can be categories in three terms.
Static forces can be calculated by applying the force on the body and finding maximum excursion due to external forces. In this scenario, there will be a equilibrium in external forces and mooring line tension. Include the stiffness of the mooring system in the frequency domain equations of motions and the total excursion will be the sum of the static and frequency domain motions. Knowing the position, we can back calculate the tensions. But stiffness in mooring line is non linear term and any approximation will have to dealt with non linearity. In this calculation stiffness is assumed at mean position of mooring line.

So we have two component of wave load. 1st order harmonic load on mooring system and 2nd order drift force loads on mooring system.
For normal barge maximum 1st order sway force occurs around 10 to 15 second and second order drift load occurs at higher period approximately 100 seconds.  So wave mooring loads becomes significant around  100 seconds as , harmonic load and drift load combines and gives worst effect loading. Tension and motion behaviour of mooring lines are  quite magnified at these higher periods around 100 seconds.
​
In general, if we are serious about analyzing a mooring system, we need to perform an analysis which includes all three parts of the excitation. If, however, we have a very stiff system then it will not be susceptible to large period forcing and a simple frequency domain approach will suffice.

Diffraction radiation method evaluates hydrodynamic loads on a structure, submitted to regular waves and enables to get accurate RAOs operation of the vessel. Newman Approximation shall be considered for consideration of shallow water effects on drift loads.

The maximum allowable operational environmental conditions shall be estimated for each environmental direction assuming Wind and current are applied collinear to the wave direction and Directions are considered as coming from 0 to 337.5 deg and every equal intervals are screened.

All mooring system criteria are majorly checked against the requirements of API RP 2SK, Design and Analysis of Station Keeping Systems for Floating Structures .

The tension in the mooring lines shall be checked against API RP 2SK requirements. The tension must therefore remain lower than:

The maximum tensions in the mooring lines shall be lower than the winch brake capacity of mooring winches at first layer .

The maximum tension in the mooring line shall be lower than ultimate holding capacity of that particular type of anchor in specified ground conditions.

​No uplift at the anchor shall occur under intact condition. This criterion shall not be considered for damaged conditions (one line failure).Anchor uplift is checked against class requirements.Vertical load at the anchor should remain less than 20% of anchor’s wet weight.

The minimum horizontal clearance between barge and existing offshore structures shall shall be specified for intact and damage conditions.

Minimum vertical clearance of 15m shall be considered between mooring lines and existing pipelines for all the range of tension from allowable environments. If midline buoys are installed, the vertical force should not exceed 70% of the buoyancy capacity to ensure visibility. 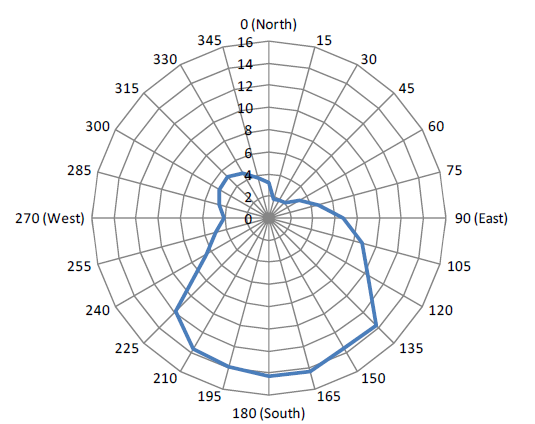 Excursion after one Mooring Line damage